Interstitial Leak Detection Control Box and Probe System is designed and fabricated in a sturdy weathertight NEMA 4X enclosure. The system includes a single conductance probe with 16 feet of cable designed to be dropped to the bottom of the interstitial space of the tank. The system is mounted at the top of the tank with a 2” NPT connection providing a liquid tight seal at the enclosures base.

Audible & Visual Alarms Standard system is supplied with audible and visual alarms. As an option an auxiliary relay (Form C, NO/NC 5A @ 120 VAC) can be provided to connect to an external PLC or control system.When a leak is detected a single red strobe light will illuminate and a loud audible horn will activate (user can Silence) @ 95 dB.

The system has a failsafe feature that constantly monitors the leak sensor for disconnection or failure. The strobe light will illuminate solid during a failure condition providing peace of mind. 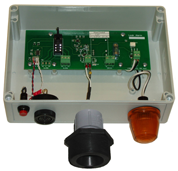 Installation Installation is as simple as connecting 110 VAC power and wiring in the probe Assembly. You are up and running in no time!

Each tank shall be installed with a leak detection system to detect liquids within the interstitial space between the primary and secondary tank. Leak detection control system shall be mounted in a NEMA 4X enclosure. The system shall include both audible and visual alarms, as well as a standard auxiliary relay output rated at 5A @ 120 VAC. The audible alarm shall have an output of approximately 95 dB at two feet distance. A flashing strobe light shall be mounted at the bottom of the enclosure as well a button to silence the audible alarm. The leak detection probe shall be conductance type and be provided with 16 feet of interconnection cable. The system shall have an integral failsafe feature that constantly monitors the leak sensor and notifies operator of system failure by providing a solid strobe illumination. The leak detection system shall be Model LDA-1 with optional relay by JWB Company and manufactured in the USA. 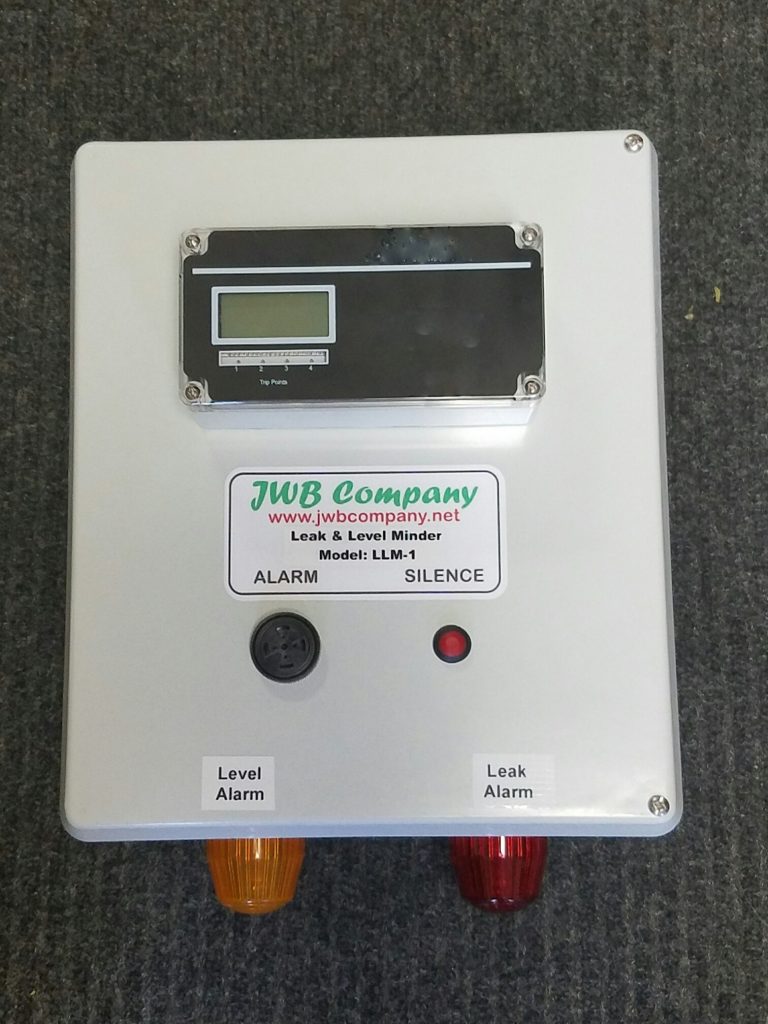 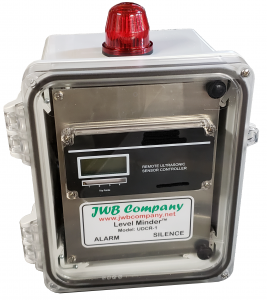 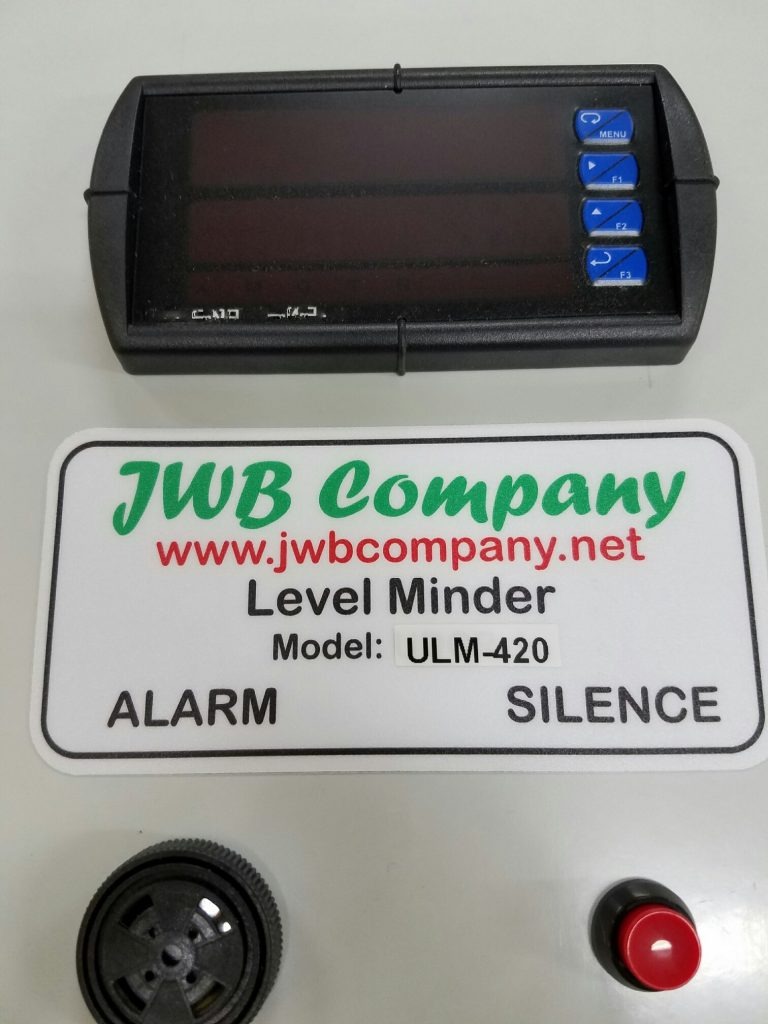 Level Minder®™ – Model ULM-420 – Identical to the Level Minder, but with the flexibility of using any loop powered 4-20 mA level device of your choice. 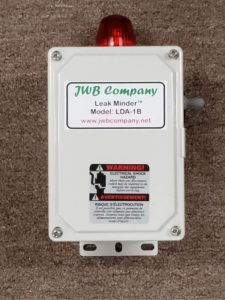